Data Backup Strategies Go Only So Far—What’s Your Plan If Your Mac Dies? 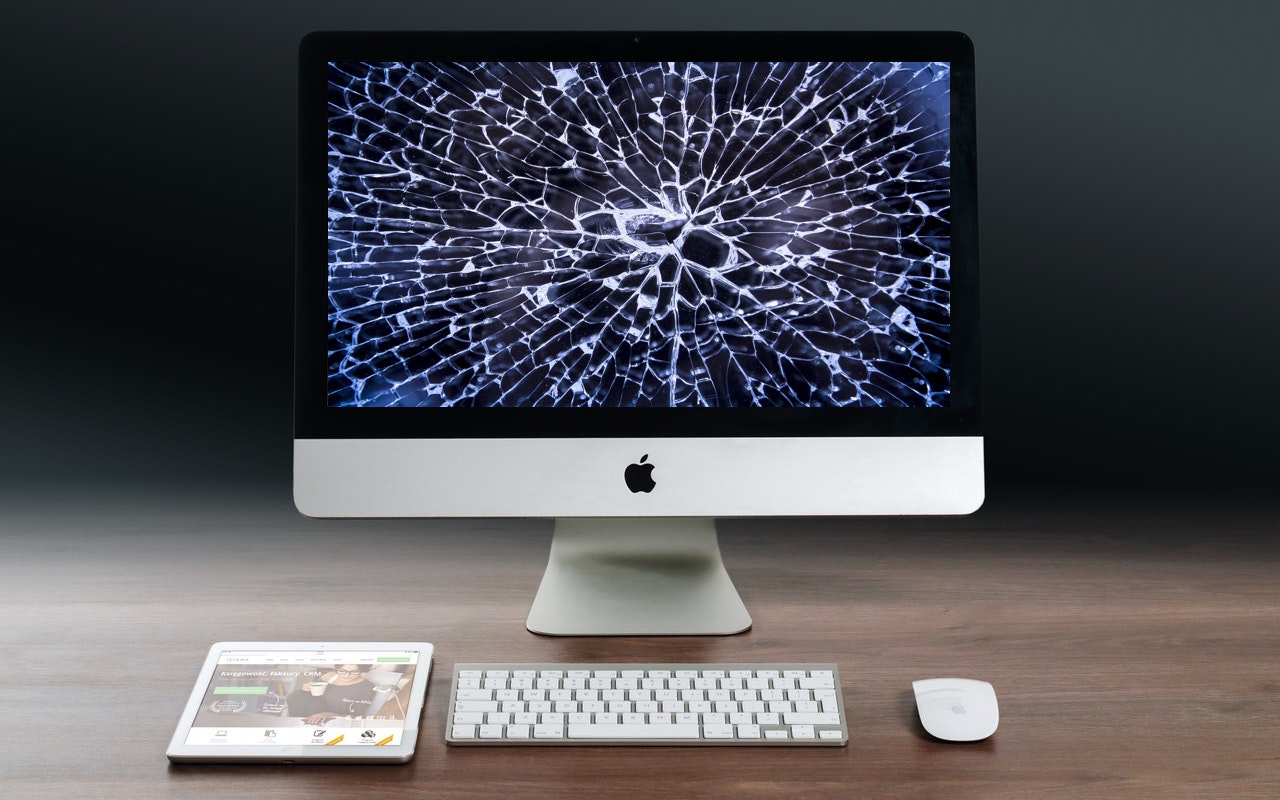 We assume you have a backup strategy. Hopefully, it includes a bootable duplicate to minimize downtime in the event of a drive failure, a Time Machine or other versioned backup to address the problem of a deleted or corrupted file, and offsite backup to ensure that you don’t lose everything in the event of theft, fire, or flood. (And for many California residents these days, fire is an increasingly likely concern!) A good backup strategy protects your data, though it’s decidedly a case of “necessary, but not sufficient.” That’s because problems that can cause data loss can also result in the loss of your primary hardware. Therein lies the question: what would you do if your Mac failed today? Without getting into the full topic of disaster preparedness, let’s run through some possibilities of how you could respond if your main Mac were to die and need to be repaired or replaced, either of which could take days or weeks. There is no right answer here—all we’re trying to do is help you consider such a situation so you can better ensure you’re ready if it does happen.

If your Mac usage is relatively minimal, you might be able to do without while you repair or replace your Mac. That might be the case if your home Mac has died but you do most things at work anyway, or if you use an iPhone or iPad for most of your communications anyway.

Switch to an iPad Briefly

If you need to accomplish more serious tasks while your Mac is at the shop or en route from Apple, one possibility would be to migrate those activities that can’t wait to an iPad. Those who are considering an iPad as a fallback device should be aware that, in our experience, it’s often difficult to move your work to an iPad quickly. You’ll almost certainly need a physical keyboard for the iPad, for instance, and even if you use many of the same apps, like Apple’s iWork suite or Microsoft Office apps, there may be unanticipated gotchas. Even if most of your work takes place in email and on the Web, you may encounter issues when dealing with attachments or with logging in to lots of sites—a cross-platform password manager like 1Password or LastPass is essential. The only way to know if you can complete your work on an iPad successfully is to do it for real. Take a day when you don’t have major commitments or deadlines and try to accomplish everything on the iPad, working through each sticking point as you run into it.

Have a Backup Mac Available

Few of us can afford to have an exact duplicate of our primary Mac sitting idle in case of disaster, but it’s not that difficult to ensure that you have some Mac available to switch to. And it wouldn’t be a stretch for a business to have one reasonably capable Mac that’s waiting on the sidelines in case 1 of 15 or 20 Macs were to fail suddenly. Many people like the combination of a primary desktop Mac and a less powerful laptop Mac for traveling. An advantage to that approach is that, with the right cables, the laptop Mac could be pressed into service with an external display and access to a bootable duplicate hard drive should the desktop Mac die. Another strategy that works well is to hold onto an old Mac that you’re replacing instead of selling it or handing it down to another user. That way, even if the performance may be slower than ideal, you can always fall back to it if necessary. Finally, you may be able to borrow a Mac from someone who has an extra or doesn’t need theirs for a while. In that case, you’ll need to make sure you can connect and boot from your bootable duplicate. That may require twiddling a setting on a T2-equipped Mac, and it may be slower than running from the internal drive, because most people probably won’t want you to backup, reformat, and later restore the data on their internal drive. (Featured image based on originals by Ruth Archer on Pixabay and William Iven on Pixabay) 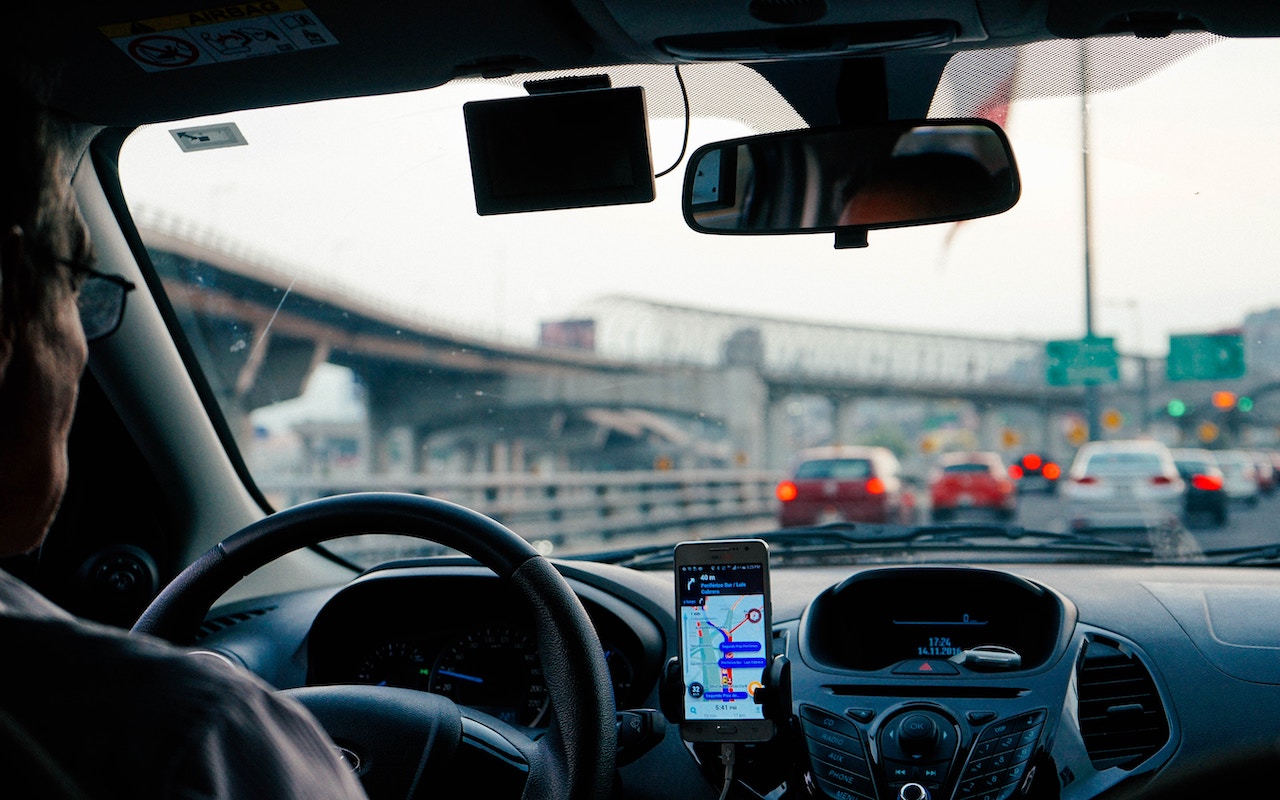 A small but welcome new feature of iOS 13 is Driving ETA, which helps you share your estimated time of arrival with a contact whenever you’re navigating with the Maps app. To use Driving ETA, start navigating to a destination in Maps, tap Share ETA at the bottom of the screen, and pick the person with whom you want to share your location and arrival time. (You’ll share in Maps with iOS 13 users and via Messages with everyone else.) The other person will receive a notification of your ETA and if you’re delayed, updated times. You do have to start navigation in Maps to use Driving ETA, so it’s a little inconvenient when you already know the route, but it’s a brilliant feature for long-distance trips. 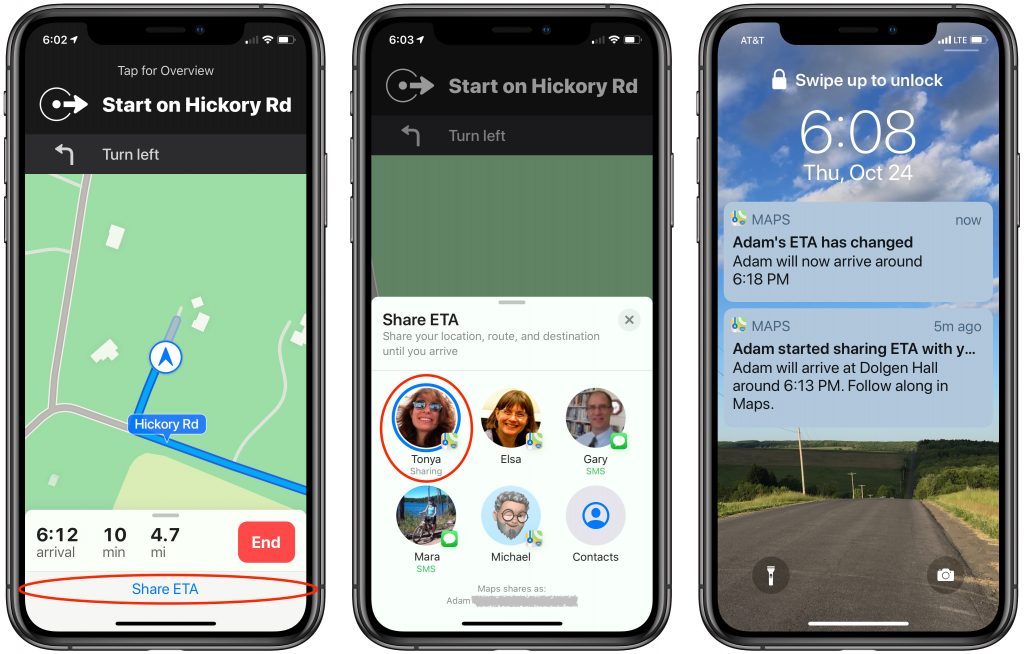 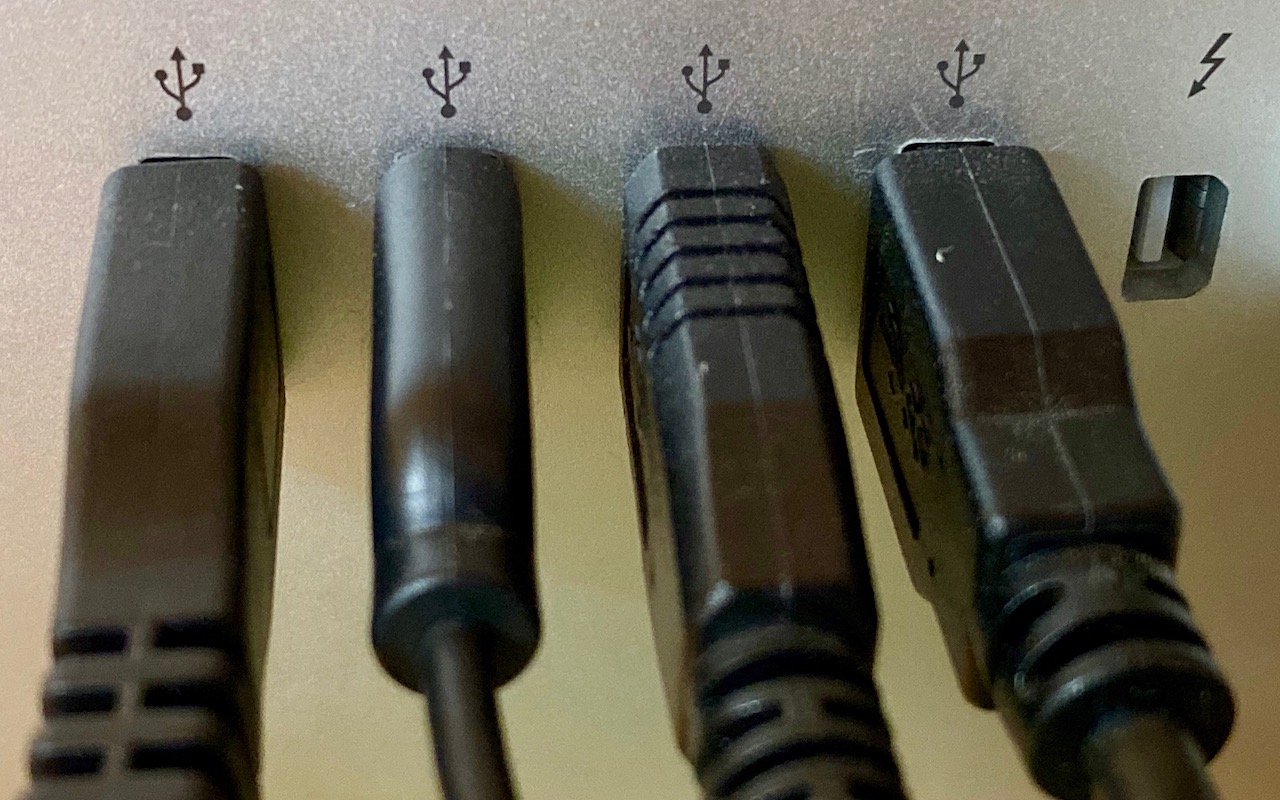 If you’re experiencing a sporadic problem with your Mac, the sort of thing that happens often enough to be annoying but not so frequently as to be reproducible, allow us to suggest one little-known troubleshooting tip. Malfunctioning USB devices—keyboards, mice, hubs, printers, etc.—can sometimes cause truly inscrutable problems ranging from startup issues to kernel panics. USB-caused issues aren’t common, but when they do happen, they can be challenging to track down. If you’ve tried everything else, disconnect all unnecessary USB devices and, if possible, swap your wired keyboard and mouse for another set. Then see if the problem goes away. 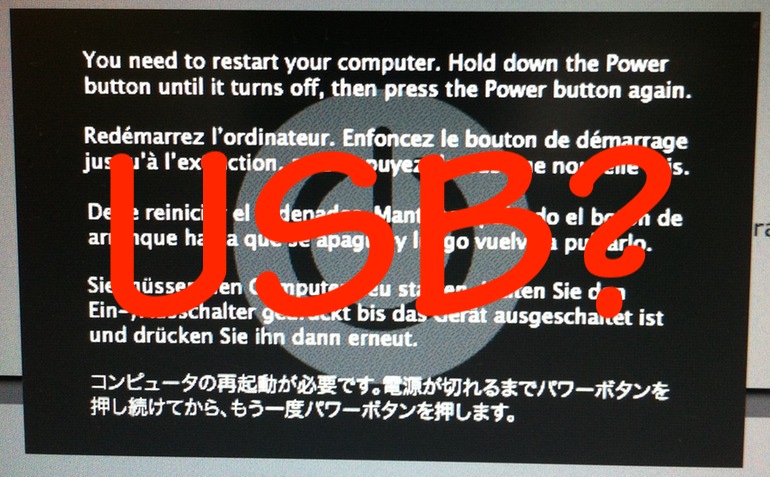 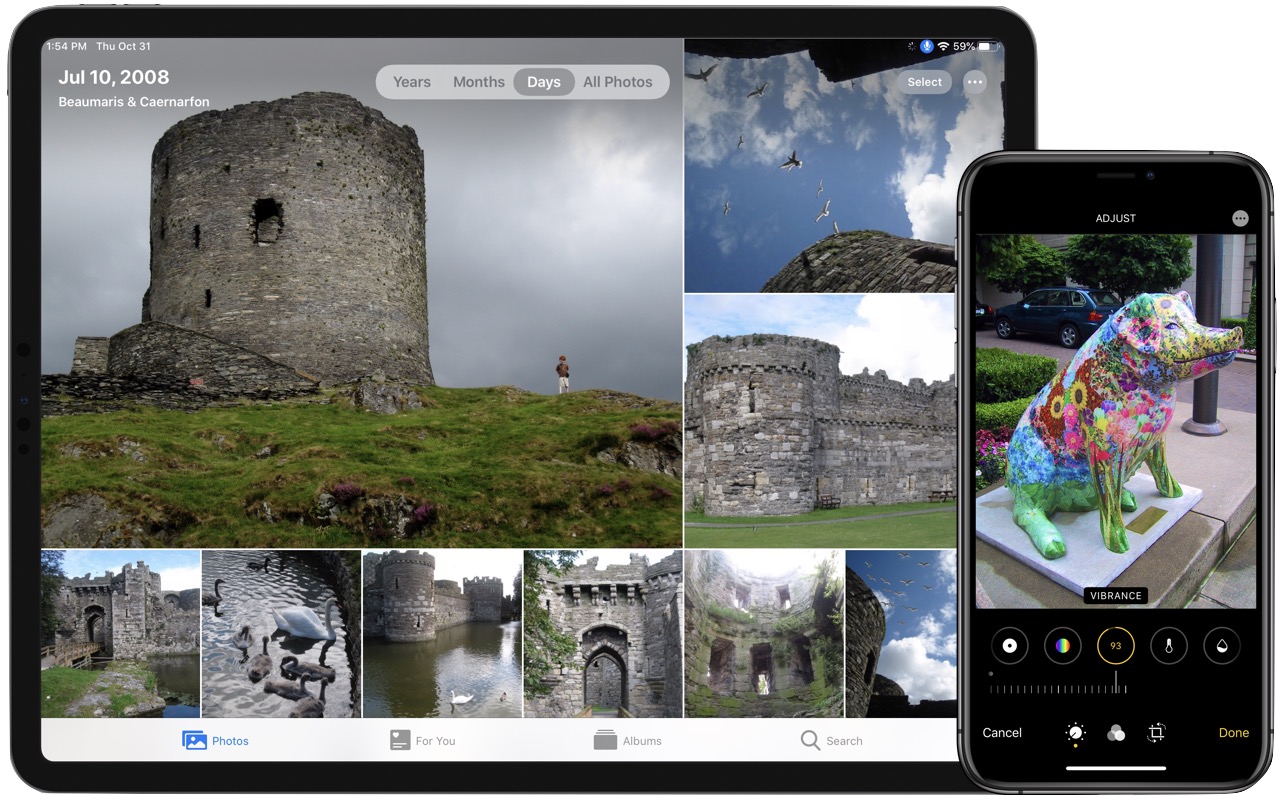 Taking photos is a popular use of the iPhone, and Apple has said that the improved cameras gave this year’s iPhone 11 Pro models their “Pro” designation. But Apple continually works to improve the Photos app as well. Taking great photos is only half the job—you also have to be able to find, edit, and enjoy your photos, and that’s where the company focused its efforts in iOS 13 and iPadOS 13 (which we’ll refer to collectively as iOS 13 from now on). Here’s what’s new.

Years shows a single image that helps you keep the years apart—previous years’ images come from the same time of year as the current day. Next, tap a year icon or the Months button to see a few tiles representing the events at which you took photos in each month. To zoom in again, tap the Days button or any event to see a curated selection of photos for each day you took photos in that month. The key word above is “curated”—Photos is using artificial intelligence to show you just the best or most representative images and eliminate similar shots, so some photos won’t appear at all in Days view. When that happens, you’ll see a +# tag on the last image indicating the number of hidden images. To see everything, tap that +# tag or the All Photos button. You may find yourself wanting to use All Photos a lot if Photos is hiding images from you in Days view.

Photos in iOS 13 also gains significantly more editing capabilities, bringing it closer to par with the Mac version. In iOS 12, you could adjust some light, color, and black-and-white options. iOS 13 retains the light and color options and bolsters them with new tools and an improved interface. The black-and-white options disappear, but you can simulate them by applying a monochrome filter like Noir, Silvertone, or Mono, and then using the rest of the editing tools. When you tap the adjust button while editing an image, Photos displays a horizontally scrolling list of 16 controls, each with a circular button on top and a slider below. Move the slider to adjust that setting with a real-time preview. Also notice how the circle fills in to reflect what you’ve done. All edits are non-destructive, and you can tap the circle to turn its associated edits off, or tap again to turn them back on. This tap-off/tap-on interface works well for comparing before and after versions.

The full list of controls now includes: Previously, Photos allowed you to crop and straighten an image, and iOS 13 also now lets you adjust the vertical and horizontal perspective. You likely won’t change perspectives often, but it’s nice to have the option. Even more impressive, Photos in iOS 13 lets you apply all these edits—the adjustments and cropping/tilting—to videos as well as still images. Video edits are non-destructive, too, which makes it easy to play with effects. Photos video editing may not compare with the full features of a video editor like iMovie, but it’s a huge step forward.

Apple also tweaked other aspects of Photos. If you haven’t explored the new features of Photos on your iPhone or iPad after updating to iOS 13 or iPadOS 13, take some time and check them out. (Featured image by Adam Engst)

Need to Charge Your iPhone or iPad More Quickly? Get a Higher Wattage Power Adapter 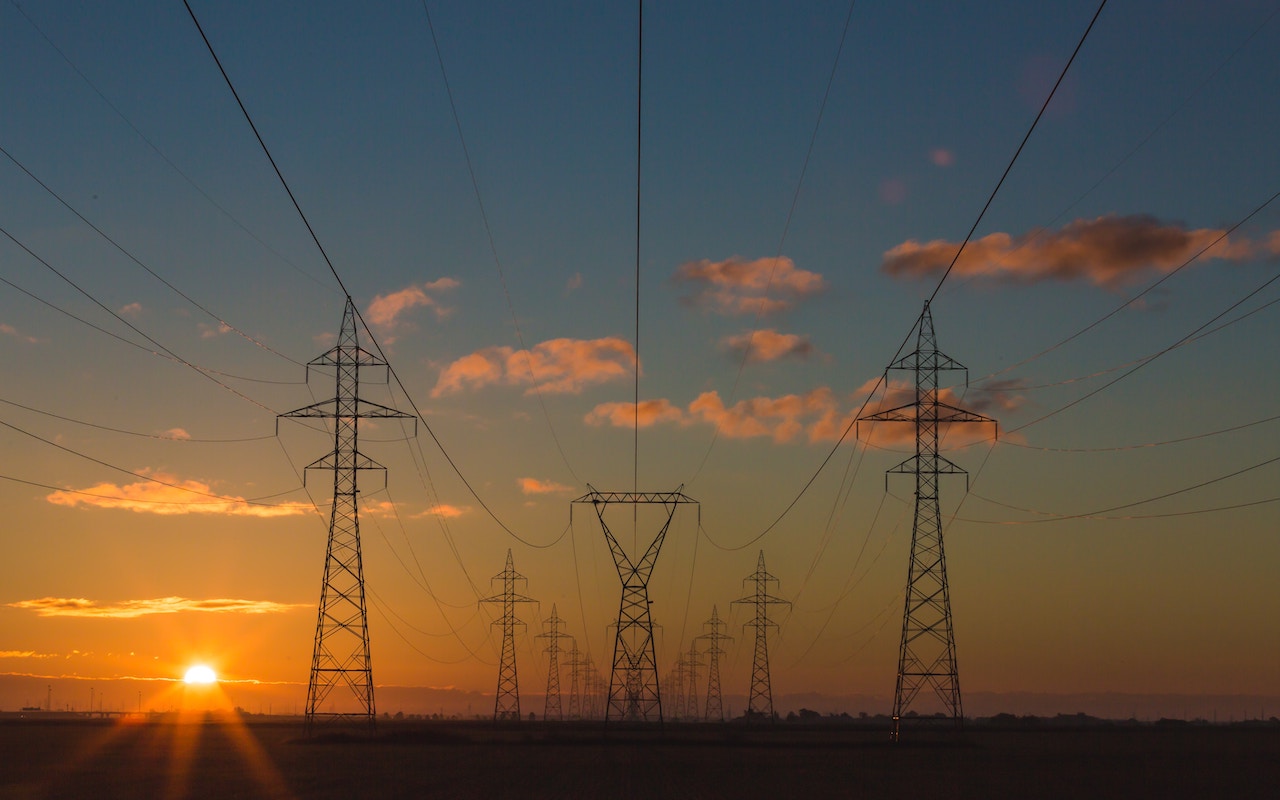 By default, most iPhones and iPads ship with Apple’s tiny 5-watt power adapters. They work, but not quickly. However, the iPhone 8 and later, all models of the iPad Pro, and the most recent iPad Air and iPad mini models support fast charging when connected to higher wattage power adapters. You may have an older one of these around, or you can buy a new one. Apple has bundled with iOS devices or sold 10-watt, 12-watt ($19), and 18-watt ($29, USB-C) power adapters, and the company has also produced 29-watt, 30-watt ($49), 61-watt ($69), and 87-watt ($79) USB-C power adapters for Mac laptops. Plug your compatible iPhone or iPad into one of these chargers with an appropriate cable (for a USB-C charger, you’ll need a USB-C to Lightning Cable, $19), and it will charge significantly more quickly. Look for a wattage rating on the adapter itself, or multiply the output volts and amps together to get watts.